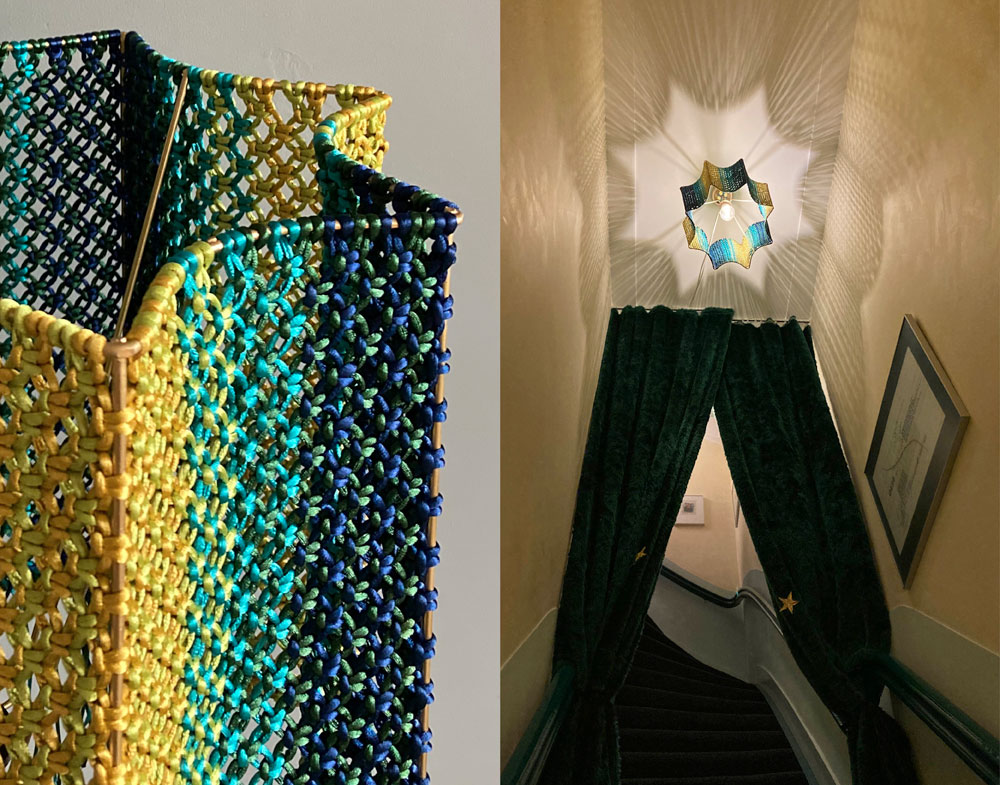 Faye, an astrologer, wanted a new lamp in the stairwell. I happened to have just scored a cap in the shape of a star and thought it fit well within the universe. I sprayed the frame gold. I wanted to make a transition from golden yellow to midnight blue in such a way that the corners alternately turn gold or blue. It succeeded with a few intermediate colors such as light green, turquoise and dark green. When I delivered the lamp I brought different types of LED lightbulbs. The light had to be emphatically present and the choice became the most transparent lightbulb. High in the stairwell the star now shines and I only saw later that the curtains, which block the draft from outside, already had a few golden stars on it. 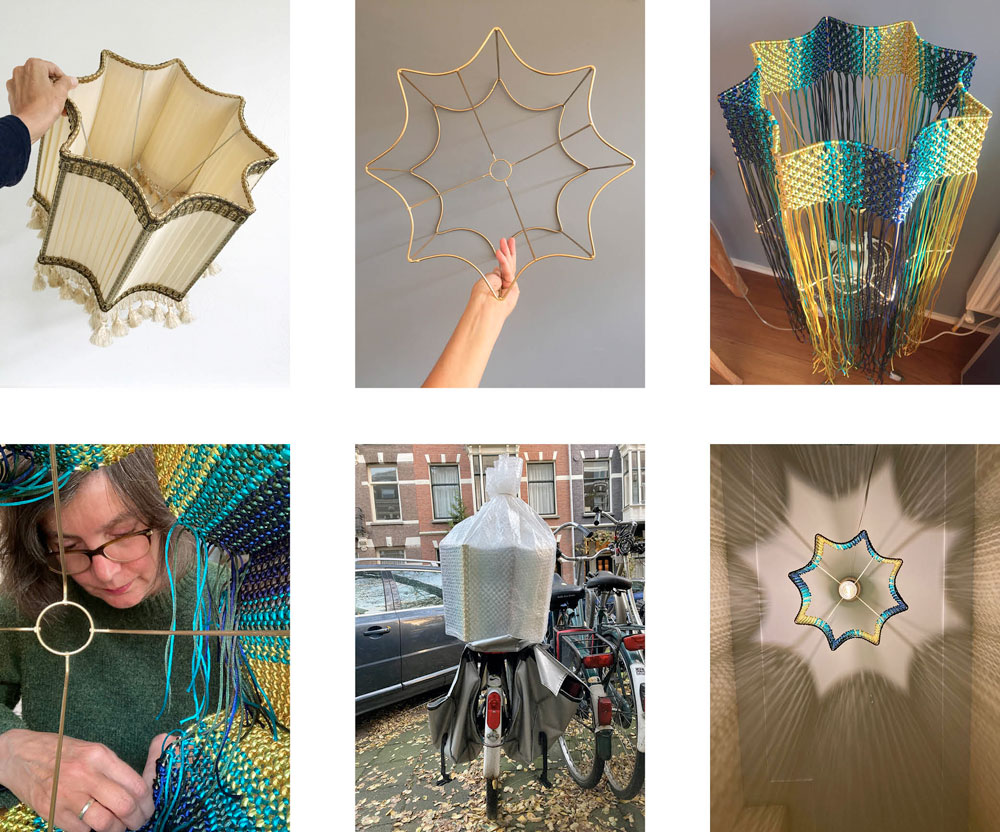