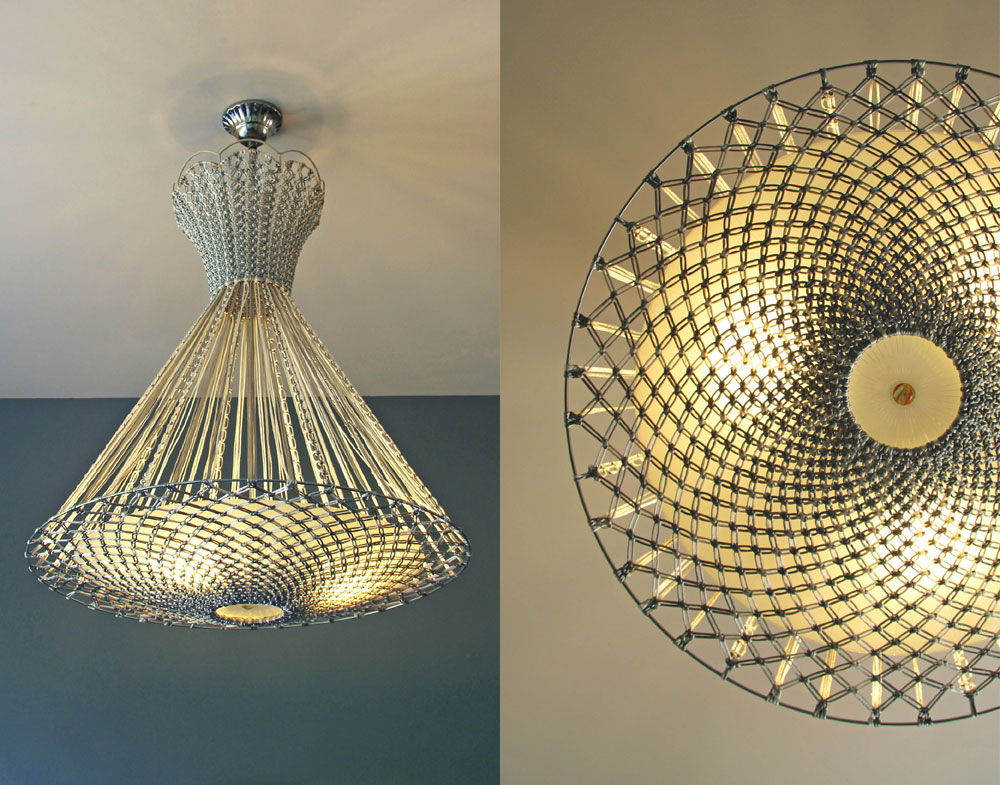 For a long time I kept a glass bowl from an incomplete ceiling lamp. How can I transform it into something new? I wanted the bowl to float in a net. And because the bowl was to be inserted later, that was decisive for the shape. Wires have been stretched from a crown-shaped cap that have the length of the cross-section of the bowl, so I can slide it in. I made a holder for three fittings that hangs as low as possible in the shell. In the middle of the bowl is a hole where the metal rod that used to fix the bowl to the ceiling used to be. The icing on the cake became a marble in the hole, and that was the final touch. 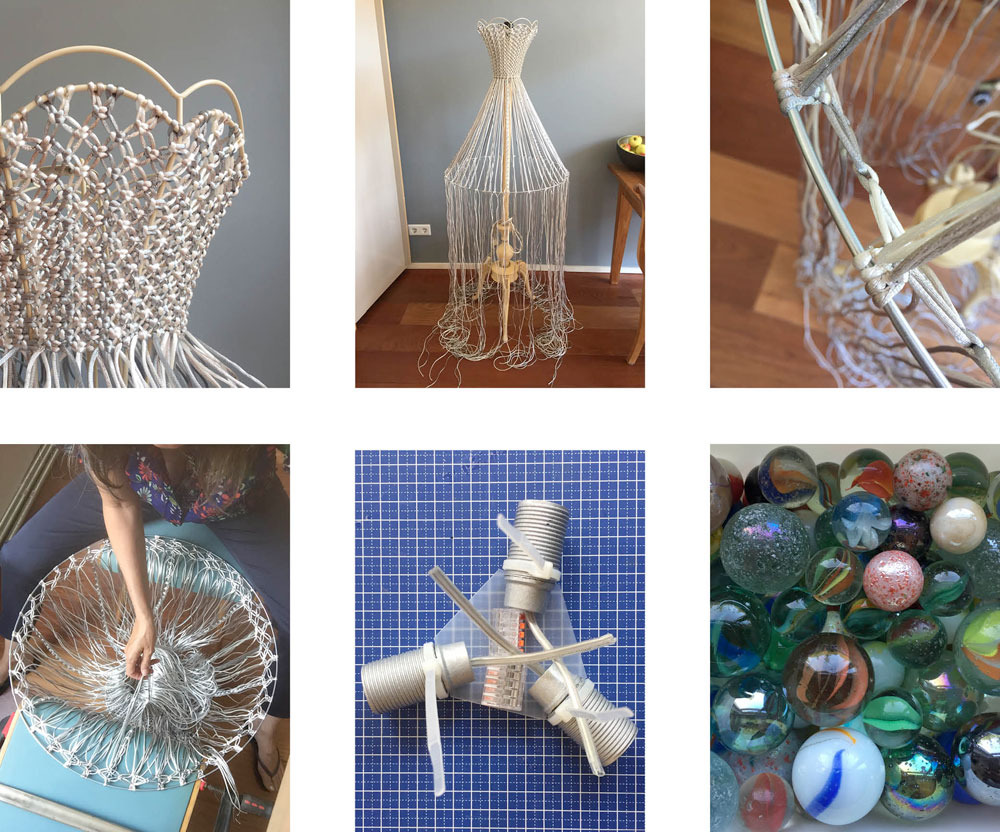