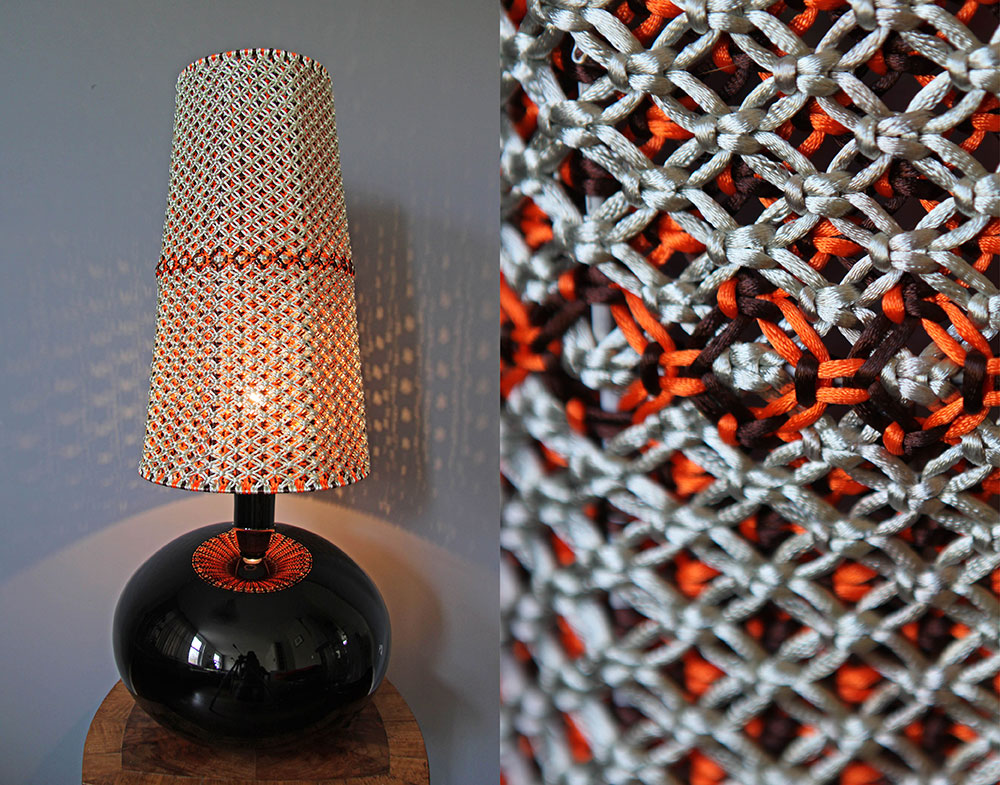 On a black glass bulb stand, I wanted a high tapered shade, like from the 1970s. That seemed like a nice contrast to me. But you don't just find them with bars. In my hood collection I found two hoods that really matched each other. And that's how the high form was created. I made the first layer with satin cord in warm orange and brown. The second layer in cream-silver partly covers the first layer because otherwise it would be too heavy. I wanted to let the colors shine on the inside as soon as the lamp is switched on. At the connection of the two hoods I took the wires from the inside to the outside and vice versa. Thus, the connection is accentuated. And then a new dimension appears, without my being able to imagine it beforehand. An extra reflection of the orange inside gives a beautiful depth effect on the black bulb. 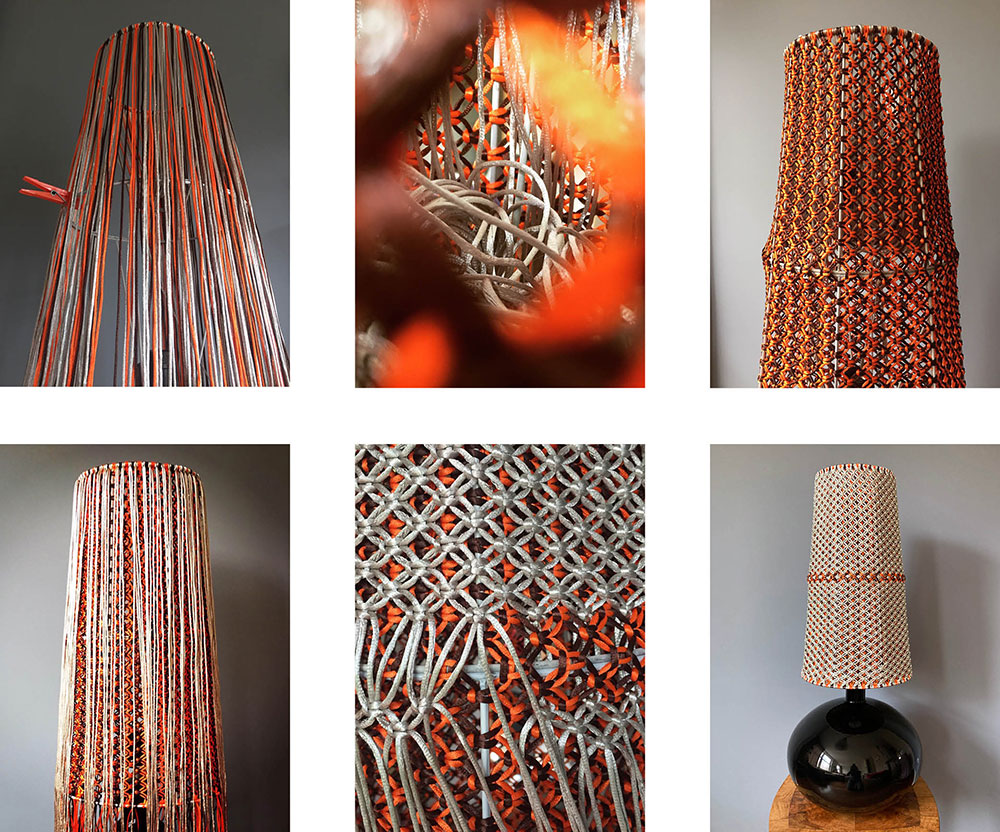